Cow Appreciation Day occurs on the second Tuesday of July every year, and this year it occurred on the 13th July.

This day was created to raise awareness of what cows do for us humans, as they are an important part of society and are often mistreated.

The very first Cow Appreciation Day was launched in 2005 as a way to persuade people to avoid red meat.

We need to learn to appreciate the animal behind the meat, as it has been reported that many cows and farm animals are treated inhumanely on factory farms, and often have 500 cattle or more.

Fortunately, we are receiving more information around the effects consuming meat and dairy products can have on our health and environment, and there are now many meat alternatives that have entered the market.

You can find many delicious substitutes for meat that will still pack in all the protein. Quorn, Beyond Meat, and Meatless Farm all have the look and taste of your standard beef, but they are actually plant-based, healthier, and good for the environment which can make it easier to cut out meat.

Tempeh, tofu, and lentils are also great ways to get your protein in if you want to switch out meat for foods that do not taste like meat.

Meat Consumption Around the World.

An estimated 325 million metric tons of meat was produced in the year 2019.  With 73% of the global population being omnivorous (eating both animal and non-animal products) is it any wonder why so much meat is produced?

There are some benefits to eating meat, as they have high nutritional value, are rich in protein, and can be good for your diet if consumed in small amounts, but there are also many health risks. Diets with red meat and high-fat dairy foods can be associated with diabetes and cardiovascular disease which can lead to early death, and diets high in fruit and veg can reduce these risks.

As mentioned above, there are now many meat alternative available in the UK that many people are turning to- but what are the health benefits?

Before The Butcher gives out some very important and informative tips that highlight the benefits to Plant-based meat substitutes which include: conserving the environment; as growing plants takes up less space and less water, and eating plant-based reduces animal suffering as you will be cutting out meat.

Plant-based meat alternatives are also better for your overall health due to you having lower cholesterol, lower blood sugar, and you are less likely to be obese.

Impact of Meat on Sustainability and the Environment

Future Learn outlines more cons of meat production and consumption, and aside from health risks, it is so damaging to the environment. I have narrowed down some of the cons below:

Sustainability and climate change: Animal livestock uses a disproportionately large amount of land (around 77%) which is unsustainable. It is also estimated that the meat and dairy industry accounts for approximately 15% of all global greenhouse gas emissions. 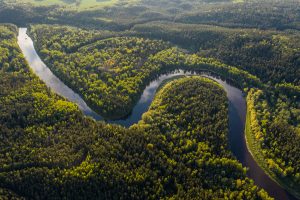 Deforestation: Beef and soy production are related to the loss of forests in South America, including areas of Brazil, Argentina, and the Amazon Rainforest. Deforested areas can be cleared using fire, and this causes huge amounts of carbon dioxide to be released.

Biodiversity loss: Many habitats and species are becoming extinct due to natural environments being destroyed to raise animals for meat. Around half of the planet’s habitable land is used for agriculture- with a vast majority of this used to graze livestock.

We have been drinking cow’s milk for thousands of years, but now it is estimated that 65% of people worldwide are lactose intolerant, and that number increases to 90% in some ethnic groups.

Here at HumaniTea, we created a tea latte beverage made with oat milk to cater to those who are lactose intolerant, dairy-free or vegan.

Oat milk is one of the most sustainable as it needs less water to produce,  it is good for your health, and it is delicious! Both of our flavours- Earl Grey and Matcha are made with oat milk, and you can read our blog post here, which outlines the benefits of oat milk.

The dairy industry can also be problematic, as cows are treated badly and tend to develop long-term painful medical conditions due to their mistreatment. 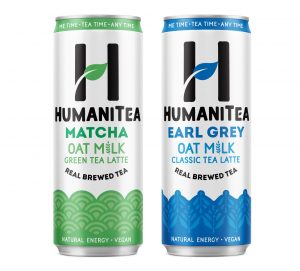 Cows also exclusively produce milk for their offspring, so for us to drink cow’s milk, the calf needs to be separated from their mother which can be distressing and traumatic for both cow and calf. This cycle continues until the cow’s milk production starts to slow down.

A cow’s natural lifespan is around 25 years, but in most cases cows are then killed and sold as meat once they cannot produce any more milk.

HumaniTea aims to be a sustainable and ethical brand, which is another reason why we don’t use dairy for our teas. We want to ensure that our products are suitable for everyone, and we commit to saving the planet by having natural, ethical, and sustainable ingredients. We are proud to be the UK’s first vegan chilled latte beverage.

Here are five awesome short facts about cows that will make you love them even more.

How To Celebrate Cow Appreciation Day

You can support your local farm shop and make a purchase there instead of visiting a large supermarket, after all, you are guaranteed quality groceries and ingredients.

You can also take a trip to a farm and visit some cows as they are very social animals, as well as trying to find out more about the dairy, meat and farming industry.

Try exploring different alternatives too! Even if you are already 100% dairy free or vegan, there is so much more to explore, and a little more research around plant-based alternatives won’t hurt.